An Overview of Double Entry Bookkeeping 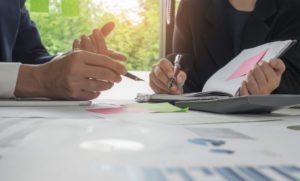 An entity that ventures in business needs to keep track of its purchases, expenses, debts, profits, and its flow of money. The task may be daunting, especially for large companies.

For individuals and small scale businesses, single entry bookkeeping works fine. However, for large companies, organizations and corporations, they would need to use the double-entry bookkeeping system.

Double entry bookkeeping or double entry accounting is the standard system used by many businesses and organizations to document financial transactions. Its basic principle is that a company’s financial condition and the results of its operation should be recorded in accounts. Each of these accounts has a record of changes in monetary values regarding a specific facet of the business.

Double entry bookkeeping benefits the bookkeeper in a great way. That’s because the accuracy of the account can be checked quickly. This can be done by simply by just adding up the accounts having debit balance. The sum should equal the sum of all accounts having credit balance. If it does, the bookkeeper can deem that the recording of the accounts is accurate. For the non-accountant and the inexperienced, however, double entry bookkeeping can be very confusing.

But the earliest existing records that formed the basis of modern double entry bookkeeping were those from Amatino Manucci. Manucci was a Florentine merchant who plied his trade during the fourteenth century. After introducing the system to fellow merchants, this system of accounting became widely used during the fifteenth century.

The recognized “father of accounting”, however, was Luca Pacioli. Pacioli was an Italian mathematician and a collaborator of Leonardo da Vinci. He was the first person to used codes for the double entry bookkeeping system. He was also the first person to publish an entire book that is dedicated to the use of the double entry bookkeeping system for others to implement for their trade. The book was titled Summa de Arthmetica, Geometrica, Proportioni et Proportionalita.